OXYGEN is the source of all energy in the body. This energy drives the metabolic processes in the body, such as assimilation, elimination of wasts, respiration, circulation and digestion.

WATER is the most abundant substance in the body. Water is used as a break down of substance, as a medium, for chemical reactions and for the diffusion and osmosis of substances.

The ability to eliminate its own WASTE

Drink water BEFORE and AFTER your meals, not during.

Drinking in advance fill you up and stop you from eating more than your body should.

In addition, by not drinking while dining will give you a chance to breathe correctly, which helps in digestion.

Have water 30 minutes before you eat and separate your meals from any liquid in-take by at least 10 – ideally 30 – minutes.

Well, not according to the study conducted by the University of Cincinnati Biology Department:

The amount of sugar found in

According to the National Soft Drink Association o USA, the average 12 ounce non-diet, carbonated soft drink is equivalent to 10 teaspoons of sugar and 150 calories. That amount of sugar can immobilize the immune system by about 33%. About 30 teaspoon can shut down the immune system for the whole day.

Ideally, you are to sip water at an interval of 15-20 minutes . Drink water in the morning, even before you get out of the bed because that’s when you are at your most toxic and dehydrated stage.

Also, drink before eating as it will support your digestive process and make you a little fuller so that you don’t over eat.

It is not only the emotion that creates the cardiovascular changes, but this study suggests that also the opposite might be possible, that cardiovascular changes may be the substrate for emotions, likely in a bi-directional way,” Dr Luciano Bernardi, lead researcher of the study and professor of Internal Medicine at Pavia University in Pavia, Italy.

So how do all these different forms of Distinguishing Microvita – The fundamental units of life! particles show up in reality?

Let’s start with a story you might have come across :

A farmer in a Japanese farming island found a group of monkeys playing with a tuber they had picked up from amongst those the farmers had just dug up. The monkeys happen to enter a running stream of water with it wherein all the mud covering the tuber got washed way. They instinctively bit at the strange looking lump and … liked it! Yippie-hoo! A new source of food was discovered & soon, to the detriment of the farmers, they started digging out tubers whenever hungry.

But what amazed everyone was that soon the monkeys in the neighbouring islands also started doing the same! Well, the secondary groups of monkeys were merely benefitting from a newly born MicroVita construct because:
1. Animals belonging to the same sub-species share a “common group mind”.
2. An idea is the beginning stage of a microvita (in our sphere of concern) & has an independent life of it’s own. It can grow, multiply & die.

microvita underlie all our habits & patterns. No wonder old habits die hard – all life is self-protective, including the “life-force quanta” that make & keep behaviour patterns together. But just like poison kills poison, microvita based tricks & techniques provide the best leverage to most easily conquer & replace old ways of being with new ones … And you ‘ll be surprised, the story starts with … Your Nutrition. For example foods foods rich with ‘static’ types of microvita will lead only assuredly to laziness & procrastination.

It can get worse… a recent medical study correlates clean mouth with good memory! How? Dead matter will always invite ‘scavenger’ microvita; And after proliferating in one’s mouth, where will they go next? … in their immediate neighbourhood! wouldn’t they? People have been collecting & depositing junk everywhere from head to toe – one nasty microvita infection is all it takes!

Besides managing the physical microvita, a well-crafted diet will help with mental & & emotional hygiene as well because what makes our food, also makes our mind & emotions.

Depression, binging etc won’t go away easily even with all the usual counseling & & regardless of the pills, if you don’t have your dietary microvita right.

Case in hand : Do you recall the 2 most powerful words, or rather feelings, that produced the most beautiful crystalline structures in Mr. Emoto’s research ?

Hence thou shalt not eat if angry or sad. And hence the logic behind invoking divinity before every meal we take.

It has been statistically established that majority of the cancers have a psychological angle as well. So instead of focussing on the mis-directed ‘intelligence’ of the tumour, why not appreciate & restore the intelligence of the rest of our existence 1st?

A protein called gas6 can destroy and consume your body’s own cells when they are no longer needed. Where does it get it’s discrimination from?

Think about the intelligence that comes ‘magically’ into play when, say there is a skin-cut causing bleeding. How quickly fibrin & blood clot gets formed?

What about the intelligence behind a lymphocytes identifying the antigens of invading microbes. T cells touch to communicate with one another during an immune response. They are busy collecting & interpreting information before taking some intelligent action upon it.

The Bible says “For the life of the flesh is in the blood… “-Lev 17:11TLB; Isn’t it time we learn to take good care of those nascent particles of life?

Imagine rain falling down high up in the mountains. The air is unpolluted and the warm sunshine is giving far infrared energy to the water as it flows down a stream over rocks, gravel and sand and picking up minerals and the earth’s magnetic energy as it moves further downstream. Some of this water disappears underground and will not resurface until it becomes a spring. Imagine this natural water fountain from the earth as it gushes out giving forth pure spring water. This is water that nature intended us to drink.

Unfortunately, in our unnaturally modern and urbanized environment, we are not able to experience this. Water is supplied to us using long pipes. The water is exposed to high pressure and flows straight through the pipes. This causes the water clusters to break down and minerals are lost in the process. This creates water that is unhealthy for the body. On top of that, in the interest of public health, chlorine and a whole host of chemicals are added to the water to kill the germs and other micro organisms. Is this what you want to drink? By the way, boiling your water will not get rid of the chemicals.

Where there is water, there is life. It is no coincidence that the earth is 70% water and the average human body is 70% water. According to Masaru Emoto when he asks, “So how can people live happy and healthy lives? The answer is to purify the water that makes up 70% of your body.”

So how do we get this water that nature intended us to drink?

Over 30 years ago when Japanese researchers were doing research on plant growth cycles, they stumbled upon a form of water they named “pi”. The plants and other vegetation were thriving in this water. “Pi” is the Greek word for “life”. Also referred to as “living water”, Pi water is the closest water to human body water.

At an International Symposium on Preventative Oncology held in France in 1998, the following was reported on pi water:

Don’t you want to know how to get this water? Well, I will introduce this to you in my next post.

In the meantime, the following quote makes a lot of sense.

I will be back very soon.

Wow, what a reception! I would like to thank everyone who commented on my last post, Drinking Distilled Water Is Dangerous For Your Health. The reason I wrote it the way I did was to elicit exactly this sort of response from you. I would like to clarify that I am writing from my own experience. Please do your own research and I would like to suggest that you check out the following website on “Why Purified Water and Distilled Water are Bad For You” by Zoltan P. Rona MD, MSc.

In the meantime, this discussion would not be complete if I did not look into the importance of the acid-alkaline or pH balance of our body. The facts in this post has been “distilled” (no pun intended) from the book, “Blood Never Lies” by Ted Aloisio.

Otto Warburg, Nobel Prize winner, discovered the connection between health and pH balance. He also proved that cancerous cells could live and develop in the absence of oxygen.

pH is a measurement of how acid or alkaline a substance is. pH or potential hydrogen refers to hydrogen ion activity. All fluids have a pH from 0 to 14. A pH of one is pure acid and can make a hole in solid steel. Our internal body fluids have a pH level of 7.35 to 7.45 with the exception of the fluid in the stomach which should be acidic. At 7.2, the body experiences acidosis. At 7, you are dead. END_OF_DOCUMENT_TOKEN_TO_BE_REPLACED 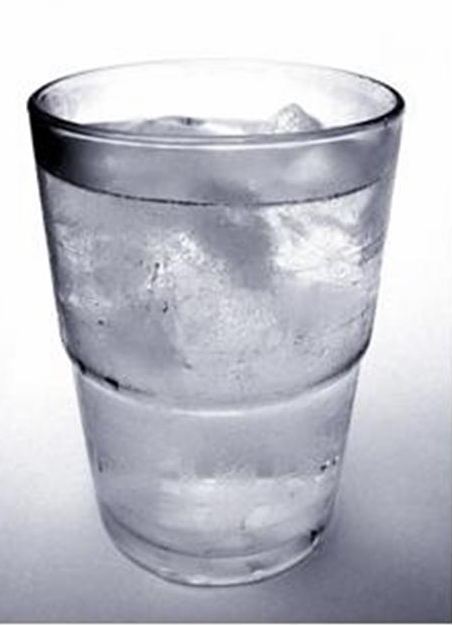 I learned from Vivienne that her friend in Malaysia is drinking distilled water, and I immediately went on the computer to write this post. I cannot procrastinate anymore on sharing this information which has affected my health and well being.

Did you know that distilled water can endanger your health?

I did not know that until I became a VICTIM.

I changed my water dispenser from mineral water to distilled water in my office a few years ago. Months later, I could not walk. The pain was so severe I was limping to work everyday. Then fortunately, I lost my job and stopped drinking the water. The pain went away but I did not get the connection until I was introduced to a water system that has changed my life around.

I learned that distilled water is free of dissolved minerals and because of this, it has the special property of being able to actively absorb toxic substances from the body and eliminate them. This is good only for a short period of time but over time it can become potentially dangerous.

When distilled water comes into contact with air, it absorbs END_OF_DOCUMENT_TOKEN_TO_BE_REPLACED