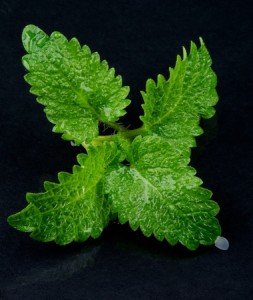 Of all, I’m only aware of the medicinal benefits of Flos lonicerae, commonly referred as Jing Yin Hua by the Asians. Over the years, I had use Jing Yin Hua plus some other herbs to make into a brew to ease cold and cough.

The five raw herbs used are listed below.

1. The Flos lonicerae (Japanese honeysuckle) flower is of high medicinal value in traditional Chinese medicine, where it is called rn dMng téng (literally “Winter enduring vine”) or Jing Yin Hua (literally “gold silver flower”). It has antibacterial and anti-inflammatory properties, and is used (often in combination with Forsythia suspensa) to dispel heat and remove toxins, including carbuncles, fevers, influenza and ulcers. It is, however, of cold and yin nature, and should not be taken by anyone with a weak and “cold” digestive system. In Korean, it is called geumeunhwa. The dried leaves are also used in traditional Chinese medicine.

2. Cortex moutan (root bark of peony tree), is a woody species of peony, named after Joseph Rock. It is native to the mountains of western China, mainly in Jiangsu and adjoining provinces. This tree peony is cultivated as an ornamental plant. It is very frost hardy and resistant to fungal diseases, and is grown in Europe, particularly in northern countries, such as Sweden and Finland. In Germany it is the most hardy tree peony species. Like Paeonia lactiflora, another Chinese peony species, it is used as a herbal remedy in traditional Chinese medicine.

3. Peppermint is sometimes regarded as ‘the world’s oldest medicine’, with archaeological evidence placing its use at least as far back as ten thousand years ago. Peppermint has a high menthol content, and is often used as a flavouring in tea, ice cream, confectionery, chewing gum, and toothpaste. The oil also contains menthone and menthyl esters. It is the oldest and most popular flavour of mint-flavoured confectionery. Peppermint can also be found in some shampoos and soaps, which give the hair a minty scent and produce a cooling sensation on the skin.

Peppermint, like many spices and herbs, is believed to have medicinal properties when consumed. It is said that it helps against upset stomachs, inhibits the growth of certain bacteria, and can help soothe and relax muscles when inhaled or applied to the skin. Other health benefits are attributed to the high manganese, vitamin C and vitamin A content; as well as trace amounts of various other nutrients such as fibre, iron, calcium, folate, potassium, tryptophan, magnesium, omega-3 fatty acids, riboflavin, and copper.

4.The Cortex phellodendri is resistant to drought and insects, and it can thrive in a variety of soils. It is hardy to zone 4 and it is easy to maintain, sometimes to the point of being invasive. One drawback is that the drupes fall and scatter, which may be undesirable on a formal lawn.The bark in some species is thick, resembling that of the Cork Oak, but is not thick enough for commercial cork production. It has been used to produce a yellow dye.

5. Atractylodes Rhizome are considered very important to the treatment of digestive disorders and problems of moisture accumulation. The herb helps move moisture from the digestive tract to the blood that reduces diarrhea, gas and bloating. Atractylodes is rarely ever used by itself. It is usually included into tonic prescriptions

If you are suffering from eczema, you can check out some home remedy treatments or other experts’ views.